2013 Men’s Top Banana Competition: Vanias Back In The Race 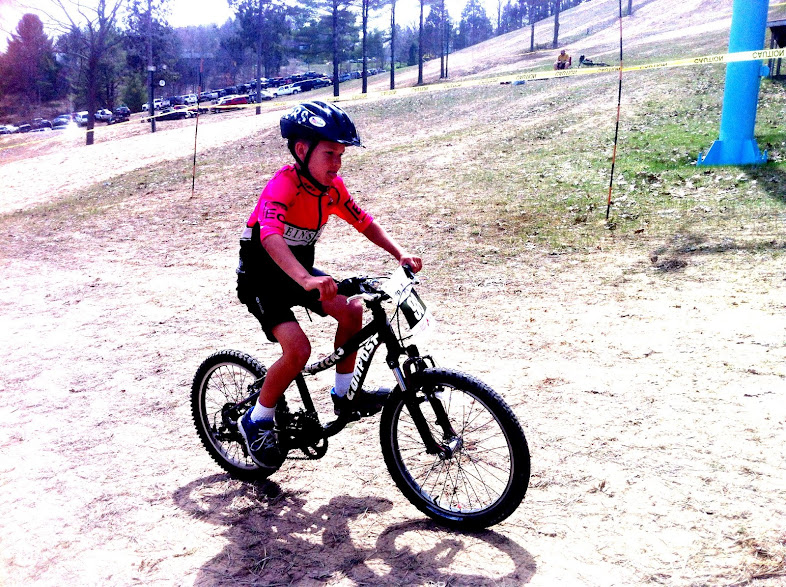 The 2013 Top Banana Competition p/b Carter’s Compost is back to the dirt, and BISSELL’s squad is crowded the top of the rankings.

After a bit of a respite after June’s triple header, the Competition returns with a B race at Boyne. The brutally hard course in 90 degree heat was no easy task for any rider, and for BISSELL’s Alex Vanias, a tough return to the dirt heading into a busy fall with plenty of opportunities to take points. His team is flooding the top of the charts at the moment, and Vanias entered Boyne with a chance to put himself back up near the head of things as well.

The Lion of Leroy left the race with a healthy margin over Scott Quiring. The pair haven’t faced off since the fat bike season, though if both are racing in Elite categories, they’ll be meeting again throughout the rest of the season. For Vanias, the win gets him 10 points, while Quiring won’t scoff at 9 for second. Jeremy Karel took third, with Jay Click fourth. Brockmiller Elite Endurance athlete Dave Silvers took fifth, with Einstein Racing’s Nate St. Onge just a few minutes back in sixth.

Einstein Racing’s Ryan Cross is still comfortably in the lead, though he’ll need an off-road start to defend as the mountain bike and cyclocross races return to prominence as the fall rolls in. Of the contenders thus far, Jorden Wakeley, Mike Anderson, Alex Vanias and newly-crowned road race state champion Derek Graham look perfectly positioned for a showdown this fall.

Here are the standings after Boyne Marathon: