2013 Battle at the Burg Recap: Stephens And Simonson Bag The Burg 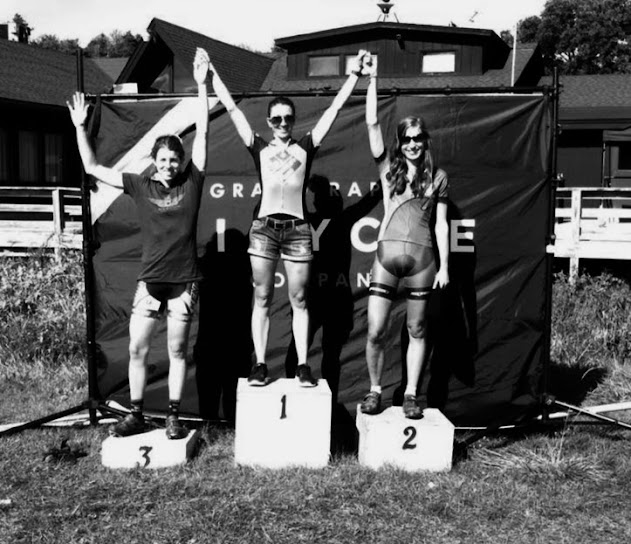 Sue Stephens has announced her intentions this fall: win everything in sight.

Stephens returned to the Battle at the Burg, the race’s second edition, with the simple goal of demonstrating her dominance. She made quick work of dropping the women’s small field and found herself tucked in amongst the leading Expert riders, and she proved herself up to the task on the twisting, tight riding at Cannonsburg Ski Area.

The day opened to perfect riding conditions once again. The race seems charmed by great weather, with even the early starters riding under sunny skies and warming temperatures. Rain throughout the week washed some of the sandy sections cleaned, though this year’s course retained some sections of sand, though not enough to alter the race considerably. The Beginner and Sport riders were on or ahead of last year’s lap times, and even the 157 foot ascent to the top of the ski hill saw some great duels in the Sport class.

On a day where the Vuelta tackled L’Angrilu to decide the general classification, most of the races today came down to herculean efforts on the climb, with all the race’s spectators at the base and enjoying a great view for the fireworks. The riders seem to crawl towards the top, with some bowing out and walking the final steep, loose section before treating the eyes below to a thrilling descent back to the start finish area below.

Stephens finished ahead of a charging Andrea Hunderman, with Amanda Schaap taking third and picking up some valuable Top Banana Competition points for her efforts.

The Elite Men’s race was stacked with talent, including last year’s winner Derek Graham and his teammate Alex Vanias. Shawn Davison, Earl Hillaker, Mike Simonson, Dan Yankus and a whole slew of others wowed spectators on the start loop, taking the first short climb with twice the speed of the Sport classes and accelerating toward the Parking Lot Climb before spilling back toward the creek and up into the woods. Simonson always looked comfortable, while Vanias found himself a short ways back early. On the second lap, he used the parking lot loop to regain contact with the elite selection shaping up at the front, keeping his powder dry for the ski hill ascent.

Ahead, Mike Simonson managed his engine perfectly, riding steady laps and slowly pulling apart the race. Yankus, Hillaker and other were slowly tailed off late, though they had each other to race and top ten positions to vye for. In the end, it fell to Vanias to give chase to Simonson, with the Lion of Leroy ripping up the ski hill in under just two minutes and six seconds. The effort brought him close to Simonson, but the 616 Fabrications rider had played the race perfectly. Simonson’s brilliant singletrack riding was the difference, giving him a massive win heading into a busy fall. Vanias finished second, with Derek Graham staying on the podium for the second year and giving BISSELL two riders in the top three.

The Battle at the Burg is a great indicator and form, and you can expect to see a number of these riders in contention at Peak2Peak in just over a month. Then, it’s just a short two weeks until the Iceman, where we will all be pulling for a Michigan rider to take the win. 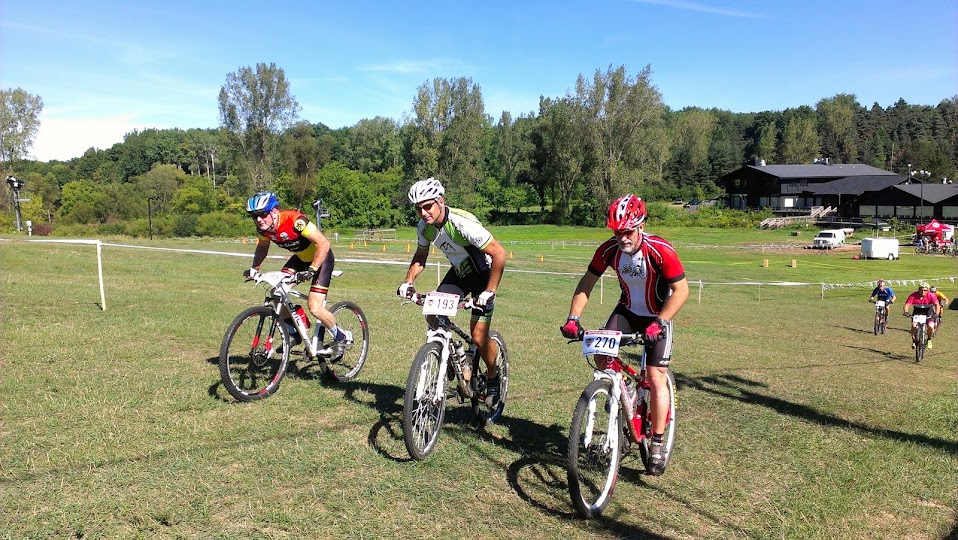